The owner of the rights to the famous TV programme, Only Fools and Horses, has been successful in its claim of copyright infringement and passing off against a ‘dining experience’ that borrowed the characters and other features of the show. The court found, for the first time, that copyright subsisted in the characters themselves, and that the recreation of those characters was not a protected parody or pastiche. The public would have also been misled into thinking it was an authorised reproduction.

Most readers, at least in the UK, will know of the famous TV programme, Only Fools and Horses. For those that don’t, the programme followed the exploits of two brothers, Derek Trotter (‘Del Boy’) and Rodney Trotter and some of their family and (in some respects) friends. In my opinion, the show is one of the finest examples of script-writing, creating some of the most memorable characters, storylines and moments in British TV history. There are few people in the UK over the age of 30 who cannot see a Batman costume or that bit of a bar in a pub that lifts up (bar flap?) without immediately thinking of Only Fools. In some ways, Only Fools has even changed the English language (and tried to change the French one). My opinion aside, it is an immensely successful enterprise, generating many millions of pounds in sales, licensing and merchandising.

The fame of Only Fools and its place in British culture led to the defendants in this case putting on  an interactive dining show using the characters  from Only Fools. The show was produced and marketed under the name “Only Fools The (cushty) Dining Experience” (“OFDE”). In short, the OFDE recreated the characters and their appearance, mannerisms, voices and catchphrases to create an authentic Only Fools experience while enjoying a meal. The only problem was that it was not approved or controlled by the owners of the rights to Only Fools, Shazam.

Shazam sued for copyright infringement and passing off. The sheer range of copyright works that could be involved makes this an important case, as do the defences raised.

This appears to have been the first time that a UK court has directly considered whether a character could attract copyright. The judge drew on a decision of the German Supreme Court (where copyright was found to subsist in the character Pippi Longstocking) and also applied EU case law (the Marleasing and Cofemel cases) to find that copyright did subsist in the Del Boy character. Under EU law it is both necessary and sufficient that a work be original in the sense that it is the author’s own intellectual creation. It is also necessary that the idea have been fixed into some identifiable form (as has been considered by the EU’s Court of Justice in another leading case, Levola Hengelo). The judge found that the Del Boy character met all of these requirements and was therefore protected as a literary work.

Having found that copyright subsisted in the scripts and the characters, the judge found that they had been copied and infringement followed. It isn’t often that a judge includes phrases such as “Oh Shut up you tart!” and ‘mangled’ French, but this is no standard case. The judge found that various ‘features’ of the scripts had been copied. The range of such features is interesting, and suggests that copyright infringement could occur from some quite limited elements, e.g. using a phrase such as “lovely jubbly”, which is a phrase now in common parlance.

Since 2014, an EU derived defence of fair dealing for the purposes of caricature, parody or pastiche has existed in UK law. It has not, however, been relied on much. It is a very challenging defence to use, and even to understand / define. The argument was that the defendants were able to use the scripts and characters for parody or pastiche.

Parody is a reasonably well-known concept, and has been considered by courts before. A defendant must show that it is evoking an existing work while being noticeably different from it, and that its parody is an expression of humour or mockery. OFDE was not a parody, it was an imitation, and the defence failed. It seemed that ‘pastiche’ has not been considered by any courts before, but looking at the dictionary definition (a medley of various things, including imitating the style of an artist or author) it could have applied. However, the judge found that it did not apply to imitation or reproduction, as that would be a step too far. While this decision could have gone the other way, the judge in any event found that the OFDE did not constitute use of the scripts / characters ‘for the purposes of’ parody/pastiche - it was a reproduction of it - and the OFDE uses of the scripts / characters was not ‘fair dealing’; it competed with Shazam, which exploited the copyright works through licensing, including real-life musicals.

Given the complexity of the copyright claim, Shazam also claimed passing off. Very little time appears to have been devoted to it at trial, and accordingly very little of the judgment addresses it. To shorten it even further, Shazam won. The OFDE was liable to confuse and mislead the public into thinking that it was an authorised spin off, and that this would have caused damage, including diverted sales from Shazam’s musical.

This is a very helpful decision for rights holders. While the facts were extreme, it clearly shows that copyright can subsist in characters. This is likely to be very valuable to the owners of the rights in famous programmes and films.

Much of this has not been considered by UK courts before and/or relates to EU law, which the Court of Appeal could diverge from, so it will be very interesting to see if this is appealed. However, the finding of passing off seem to make that unlikely, as a successful appeal on copyright infringement would not change the end result.

OFAH has as its subject the ups and downs in the life of the Trotter family. It is set in South London during the 1980s and 1990s. The main characters are a market trader, Derek Trotter (‘Del Boy’), and his younger brother, Rodney, who live together in a high-rise council flat in Peckham. The third occupant of the flat was originally Derek and Rodney’s grandfather but he was later replaced by an elderly uncle (‘Uncle Albert’). Other characters include a louche used car salesman (‘Boycie’), his wife Marlene, a road sweeper called Trigger and Cassandra, who is Rodney’s girlfriend and subsequently his wife. 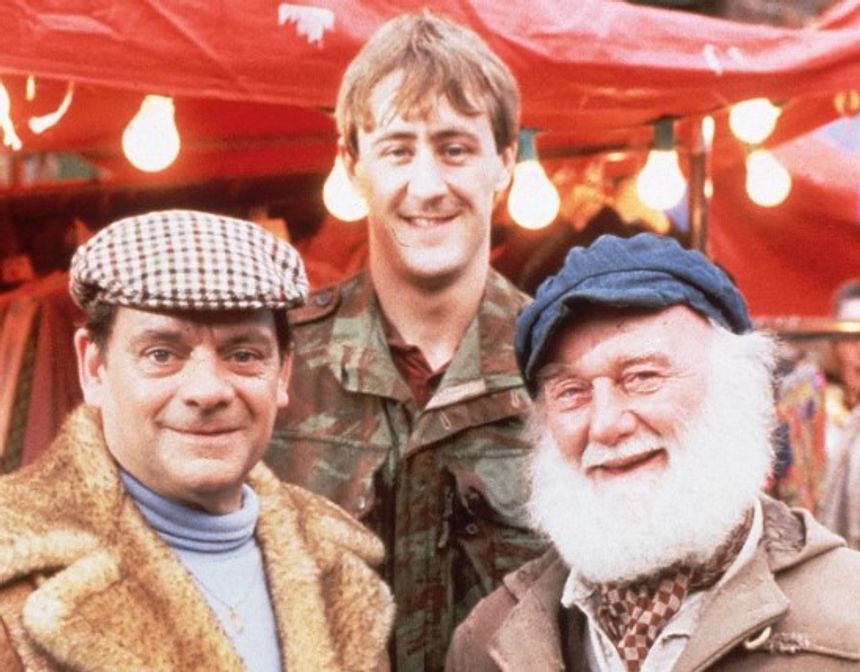