Full Colour Black brought an action against Banksy claiming his registration was filed in bad faith and should be declared invalid, which was ultimately upheld by the EUIPO owing to Banksy only deciding to commercialize his work during the course of these proceedings. Banksy appears to have not done himself any favours by conceding that the only way to keep his trade marks (alive) was to commercialize them, i.e., sell his own range of branded merchandise via an online store.

In declaring the registration invalid, the EUIPO stated: “it is clear that Banksy did not have any intention to use the EUTM in relation to the contested goods and services at the time of filing of the EUTM”.

Another major contributing factor to the EUIPO's decision was Banksy's anonymity. Whilst this has been one of his key elements for notoriety, the panel stated that given Banksy cannot be properly identified, they could not establish without question that Banksy was the unquestionable owner of such works.

Overall, this ruling is a blow to the Banksy empire as it potentially puts many (if not all) of his other trade marks at risk. Only time will tell as to whether more of Banksy's registrations are challenged by interested third parties who seek to exploit his work.

The ruling stated that the artist's anonymity hurt his case as officials cannot say he is the "unquestionable owner" of the work. 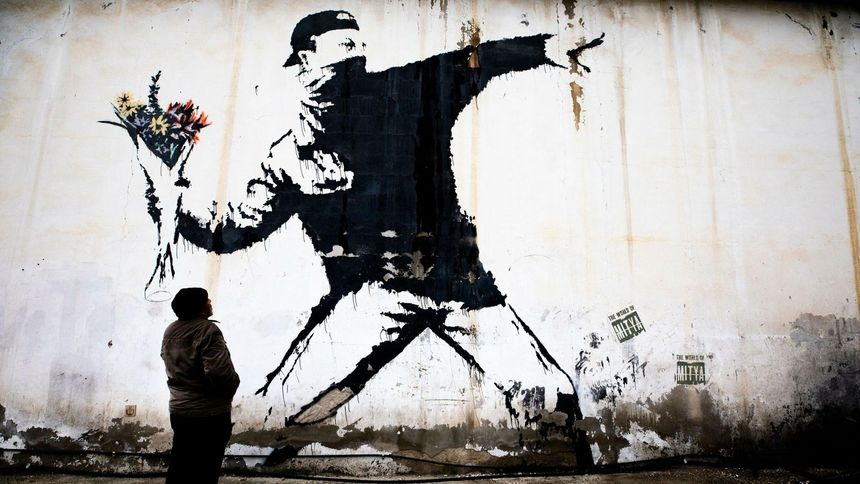 Banksy has lost a legal battle with a greeting card company over the trademark of one of his pieces https://t.co/vFe7Pjmdho

The news at 20:56:19 News Source: https://t.co/NSCSAYcs91 Title: Banksy loses legal fight against greeting card firm over trademark of one of his own pieces - Sky News https://t.co/EqCotAIKbj #news #headlines

Banksy loses legal fight against greeting card firm over trademark of one of his own pieceshttps://t.co/862dYFAQhK pic.twitter.com/10LWCVbYS6

NewsNow: Banksy loses legal fight against greeting card firm over trademark of one of his own pieces https://t.co/jwVcd8fKc6

SKY (WORLD): " Banksy loses legal fight against greeting card firm over trademark of one of his own pieces "⬇️ https://t.co/Fs0ahUYXb7 pic.twitter.com/3nD2eg5QWn