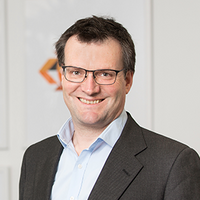 Last week, the UK Supreme Court gave its judgment in Shanks v Unilever plc concerning whether or not an inventor, Professor Ian Shanks, is entitled to compensation for his contribution to an invention, relating to glucose testing, made while he was employed by Unilever.

Under Section 40 of the Patents Act 1977, an employee is entitled to compensation for an invention made during their employment for which a patent has been granted, provided , inter alia, the patent* is of "outstanding benefit" to the employer.

Happy days! Unfortunately for inventors, this is a high hurdle, and most compensation applications fail. Indeed, the only instance (at least over recent years) of a successful claim is Kelly & Chiu v GE Healthcare (2009), where the employer would have gone under were it not for the invention.

Professor Shanks' determination is to be admired: he first applied for compensation in 2006 (!), and was turned down by the hearing officer. Despite Unilever netting a not-inconsiderable £24 million profit from licences under the patents, this was not considered to be "outstanding" to an employer of their size. The Professor appealed to the High Court (denied), the Court of Appeal (denied), and finally to the UK Supreme Court.

The Supreme Court has now reversed this decision, finding that Unilever is not "too big to pay", and awarding the Professor £2 million in compensation. Some key findings were:

The Court thus concluded that Professor Shanks was entitled to a fair share of the profit from the patents, and was awarded a 5% share of the £24 million, i.e. £2 million.

Whilst this decision does not appear to fundamentally change the law regarding inventor compensation, it does suggest that a more reasonable/balanced/contextual approach may be used in the future. It might encourage UK employers to put in place compensation structures for inventors as standard within their invention disclosure/patenting processes, as is required in other jurisdictions, such as Germany.

* since 1 January 2005, either the invention and/or the patent for it may be of "outstanding benefit". The patents in Professor Shanks case were filed before this date, so only the benefit of the patent was relevant.

"For these reasons I would allow Professor Shanks’ appeal. In my judgement the Shanks patents were of outstanding benefit to Unilever and CRL and Professor Shanks is entitled to a fair share of that benefit amounting to..."

Project Red Card: Footballers to sue over use of their player data and match statistics.
JJ Shaw