This article centres on the beef between local Cornish high end butchers, Philip Warren and Son (PWS), and the cheeky grocers of the supermarket world, Lidl, and their own brand meat products, “Warren & Sons”. Lidl wanted to tap into the small town butchers charm to sell their own brand meat, which, unsurprisingly, upset the similarly named small town butchers. On 30 April 2021 the court found that there wasn’t sufficient evidence of mis-steak-en identity (or passing off as was actually claimed). In this judgment, 26 August 2021, the court had to grapple with the meaty issues (I’ll stop now, I promise) of indemnity costs and unusual publicity orders.

The case could be seen as a modern-day David and Goliath: of a small, but well regarded, family butchers taking on one of the big supermarkets, picking up the sword to protect the authenticity of the traditional high street. And in the eyes of the The Mail readers (see Publicity Order section below), that’s exactly what this was. However, like almost all attention grabbing opening lines, the reality isn’t quite as clear cut.

For one thing, PWS estimated their claim to be a truly Goliath-sized amount of £38 million, the value of all Lidl sales of Warren & Sons products and more than PWS had ever sold. The possible £38 million was to be split 50 / 50 between PWS and their lawyers via a damages based agreement (DBA). Not only that but, having found out they might have a passing off claim in 2017, PWS waited until late 2019 to commence proceedings, instead spending considerable time sorting out the DBA and getting insurance to bring the claim.

For another, Lidl offered to abandon the Warren & Sons brand and surrender the trade mark, both of which they did about a year before trial. And in October 2020, Lidl made a Part 36 settlement package offer worth about £500,000.  Not quite the fairy tale villain.

To make matters even murkier, after the trial but before judgment PWS and their lawyers, assisted with the aforementioned Mail article which gained nationwide publicity, titled: ‘Fake Moos? Lidl ‘imitates family butcher to sell its cheap meat’”

At trial, the court dismissed the claim on the basis that there wasn’t enough evidence that Lidl caused materially damaging and operative deception of the public in connection with PWS such as to damage PWS’s goodwill.

Lidl sought indemnity costs for PWS failing to better their Part 36 offer and a publicity order, requiring PWS to pay for an advert in the Mail directing readers to the liability judgement to set the record straight.

Failure to beat a Part 36 offer is one of the things a court can consider in deciding whether to award indemnity costs. However, indemnity costs aren’t automatic, it will also be necessary for the defendant to show that the refusal of the Part 36 was so unreasonable that it is “out of the norm”.

On its face, if PWS believed the value of their claim could be around £38 million, rejecting a modest offer of around £500,000, plus confirmation that Lidl had stop using Warren & Sons and relinquished the mark already, seems a no brainer.

A notable argument from Lidl was that to award standard costs where there is a DBA and insurance funding in a claim with the potential for a vast pay-out would make cases harder to settle. Where was the incentive to accept a reasonable offer if there was no risk of loss on costs when pursuing a claim that could earn you (and your solicitors) more than your business had ever made? Whereas a successful defendant would be out of pocket even if their early reasonable settlement offers were not beaten.

Ultimately, the court found that even if the value the claimant was pursuing was “impossible rather than implausible” there was a public interest element in passing off claims about upholding truth in advertising and marketing. Therefore, rejection of the offer wasn’t abnormally unreasonable and costs were awarded on a standard basis.

However, in recognition of the seriousness of Lidl’s concern about, what amounted to speculating on litigation, the court ordered that, should the case be taken forward to appeal, Lidl would be able to apply to vary the costs order such that the claimant would have to bear the full consequences of the decision not to accept Lidl’s Part 36 offer.

Reputation is the name of the game for supermarkets going head to head for customers and Lidl’s concern for their reputation played a large part in the conduct of the litigation. In correspondence PWS frequently threw around the ‘inevitable’ damaging press that Lidl should face when the case went to trial. So the appearance of the ‘Fake Moos’ Mail article, with comments from PWS and its lawyers, seemed to be PWS hurrying that inevitability along.

While PWS and its lawyers commented on the case to The Mail journalist, as with many ‘clickbait’ led articles, the nuances of their statements got rather blown out of the water. By the time the article was published, no longer was Lidl just unfairly benefitting off an association with their brand (as the claimant alleged), they were now stealing PWS’s good name and selling their low quality meat products as if they were made by the high-end Cornish butchers. Lidl’s only defence, according to The Mail, was that PWS were so small, they couldn’t really be damaged.

The article attracted over 800 comments, many enraged by the perceived injustice to the relatable underdog and furious that they may have been ‘tricked’ by the supermarket branding. Lidl was portrayed as worse than your average supermarket, while actually, as discussed above, they had tried to settle and ditched the offending branding some time ago.

Usually a publicity order in an intellectual property case is made to remove commercial uncertainty towards the relevant product. It aims to let the public know that despite misleading media portrayal, the product doesn’t actually infringe any rights. Here, the Lidl products hadn’t been on the market for over a year, instead, Lidl wanted an order to rectify the public perception of the case.

Both parties agreed that the Mail article gave an inaccurate and incomplete impression of the case, despite this the court declined to grant the order. PWS contended, and the court agreed, that it was not clear they were not responsible for the article. There was also uncertainty as to the form of the order and whether it would actually achieve its purpose. With the possibility of an appeal, an order making PWC pay to publicise the judgement had the risk of resulting in another order down the line. Finally, the court also felt an order would hinder settlement.

This case is not, despite appearances, just about money, although no-one would say that a no-risk way of possibly making (say) £38 million or even half that is something any businessperson would turn down. The case is also about culture and authenticity. 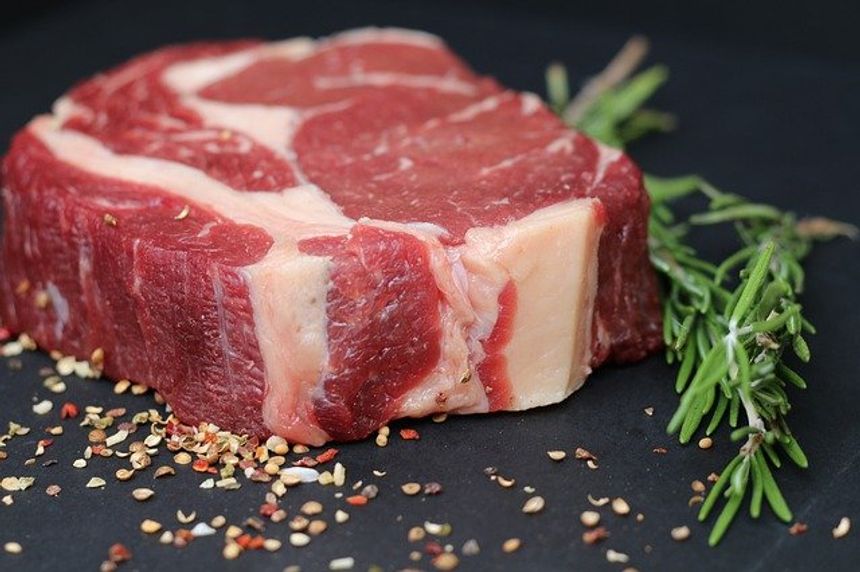 KFC: Tongue in cheek, not on fingers
Victoria Owrid