What self-respecting IP lawyer could pass up the opportunity to report on a case about jeans that "can give the appearance of slimmer hips, whilst simultaneously lifting and separating the buttocks"? Not me, that's for sure.

Especially so when the case manages to combine patents, unregistered design rights, passing off and a breach of a settlement agreement.

The claimant in the case produces what appears to be a successful line of jeans that augment the wearer's ... err... shape. While the effect of the products in question is not everyone's cup of tea, it plainly is the preferred tonic for many a consumer.

The defendants were a competing brand that sold lookalikes of the claimant's flagship product. After an initial scuffle that was resolved in a settlement agreement, the defendants had another go, and this time the parties were unable to settle before the matter came to trial.

The claimants alleged that the lookalike jeans infringed the claimant's patent for its jeans, and also infringed its unregistered design rights ("UDR"). The patent protects the function of the jeans, and UDR protects that shape and configuration of a product. The passing off claim is interesting and I'll come to that in a bit more detail shortly.

While conclusions and key take-aways traditionally go at the bottom of an article, I'll put mine here. The claimant won on almost all grounds. The most interesting point from a 'soft' IP perspective is the findings on passing off. This is a case where a brand won even if the purchaser would have known that the defendant's products were not connected with the claimant (i.e. 'post-sale confusion').

The defendants argued that the claimant's patent was invalid for lack of novelty and obviousness. The judge reviewed some of the prior art relied on by the defendants and declined to invalidate the patent. The judge considered the doctrine of equivalents (which shook the patent world following the Supreme Court's decision in Actavis v Eli Lilly) and found that even if he had not found infringement under the normal interpretation of the patent, he would have found it under that doctrine as well.

Turning to the UDR claim, the defendants threw everything at the claim, challenging (i) the originality of the design, (ii) the ability of the design of the jeans "when worn" to be protectable, (iii) that the arrangement of the various panels making up the design were a method of construction (and therefore not protected by UDR), (iv) that the jeans "must fit" the wearer (precluding protection), and (v) that the design of the material was two dimensional (and therefore represented unprotectable 'surface decoration').

All of these points failed. Without getting into the detail here, it suffices to say that the design of a pair of jeans that performs a function in shaping the wearer's assets is protectable.

The passing off claim is particularly interesting. While the defendant was not represented, so may not have made every point available to it, the court did consider in detail the extent to which the design of a product can lead to a finding of passing off.

The judge found that the claimant owned goodwill in its get-up (including the design of the product), and that the use of a similar design and get-up constituted a misrepresentation causing damage, and the 'holy trinity' of passing off was complete. The judge found that the defendants' products "are an obvious rip-off of the WR.UP jeans. The Defendants have clearly adopted very similar branding elements, which, as Ms Rogan says, consumers will recognise as an indication of origin. That is clearly the Defendants' intention [...] . I also note that it does not matter that the trade mark under which the Second HUGZ Jeans are sold is different. The rear branding elements which comprise the HUGZ Get-Up are sufficiently strong that that is what consumers recognise: [...]. In my judgment, the Second HUGZ Jeans misrepresent, through the HUGZ Get-Up, that there is a connection in the course of trade with the Claimant."

A further, and more contentious point, concerned the situation where consumers know they are buying, to quote the judge, a "knock-off", "but she does so because she wants other consumers to believe that her jeans are associated with the Claimant and its products". This is the classic problem of lookalikes; the buyer often knows what they are buying is not the genuine product, or otherwise connected with the genuine product. The judge relied on a trade mark case (Datacard v Eagle), as well as a New Zealand passing off case also involving jeans (Levi in that case), and found that "the owner of goodwill in a product is entitled to have this goodwill protected throughout the life of the product, not just at the point of sale". The lookalike product therefore continued to misrepresent to third parties that it was the claimant's product (or otherwise connected to it) and the claimant could therefore claim for the damage caused by that post-sale misrepresentation.

This final point is of real help to brands who are habitually copied. A common retort from the accused retailer is that no one would be confused given that the purchase process dispels any likelihood of confusion. While each case turns on its own facts, none more so than in passing off cases, this case suggests that defence may not butter any parsnips, especially in the case of deliberate copying.

The defendants were not represented, so it seems unlikely that an appeal will follow. However, such an appeal would be the first opportunity I am aware of to look at this issue at appellate level without the distraction of an accompanying trade mark infringement claim.

Breach of the settlement agreement

The parties had, in a previous battle, agreed terms of settlement. Those terms included that the defendants will not "make, have made, sell, offer to sell, use, import or export clothing which, if sold in the UK, would infringe EP 266 377 B1 or any unregistered design rights owned by Freddy and identified in the Letters (the "Infringing Products")..." and another drawing included in the agreement. Having found infringement, the judge unsurprisingly found a breach of the settlement agreement.

One interesting point on this is that there is a particular limitation on the right of the owner of a UDR that is less than 5 years from expiry. Under s.237, a person is entitled as of right to a licence to do in the last five years of the design right term anything which would otherwise infringe the design right. Under s.239 of the CDPA, no injunction can be made against a defendant that has offered to take a licence. That was the case here, but the judge said that only affected the remedy, not the finding of liability. In practice, that might not make much difference to the final result given the findings of patent infringement and passing off.

"Body-enhancing" jeans are part of an expanding area of fashion known as shapewear. They can give the appearance of slimmer hips, whilst simultaneously lifting and separating the buttocks. Whilst body-enhancing undergarments have been popular for centuries, the emergence of shapewear as outer-garments is recent. 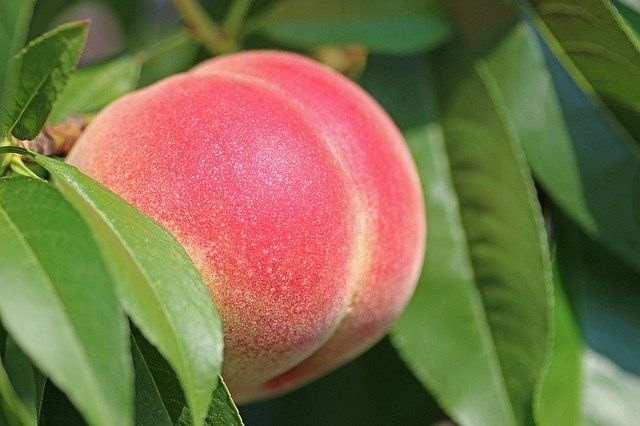