The well-known price pledge will be familiar to most shoppers on the high street (you know, the place we used to go to buy stuff).

You can read about its origins here. But in summary, it was the reassuring ad slogan - almost synonymous with the brand itself - that promised if you could find a product cheaper elsewhere, the retailer would refund the difference.

Great! I hear you say. But if you've ever taken advantage of it, you'll be aware that there are a few caveats. One of the key terms is that if the cheaper price is from an online-only retailer, the price promise doesn't apply.

On the face of it, this seems fair enough - John Lewis’s famed customer service comes at a price that online retailers just don’t pay. There are shiny bricks and mortar stores to maintain, well-trained staff who know what they are talking about to keep fed and watered, plus that intangible no quibble desire to please the customer. Indeed, I’ve always found returns less painful at John Lewis compared with certain other high street stores (who remain nameless!) and this must come at some cost to the bottom line.

If you’re an online-only retailer you don’t have to worry about such niceties. You pile the warehouse high and get stock out of the door as quickly as possible and hope nobody asks any questions - and who would you ask anyway?

The problem, and one which John Lewis clearly recognises, is that many of its true competitors are now online and so it is increasingly difficult to find an offline competitor who is eligible for its price pledge. At the same time, John Lewis itself has seen a shift in the habits of its customers - apparently up to 70% of its sales will be online this year, compared to around 40% for last year (obviously driven by Covid-19).

Ultimately, the price pledge is far less relevant today than it was a few years ago. Theoretically, as time goes on, it also risks becoming misleading under the CAP Code, either because the small print essentially contradicts the price claim, or because in the absence of any eligible competitors the pledge is simply impossible to take advantage of.

In any case, John Lewis has taken pre-emptive action. It said it was reviewing things back in March and no doubt the Covid crisis, which has accelerated online sales across the board, has informed its decision to retire the 95-year-old slogan now. The retailer has said it will unveil its new positioning in the coming weeks.

It seems to be the right decision and the timing could be fortuitous, not only for John Lewis but also for the high street more broadly.

For months, we haven’t been able to get out to the shops and yet now that we can it seems people are still nervous about doing so. It's potentially a great time for a re-launch of one of the high street's most enduring anchor tenants and a chance to remind people about what makes it different and worth leaving the house for. And if it's successful, it could show us all that the high street still has a place in a post-Covid world.

(For more on price promises, see my recent note on CAP's new guidance on guarantees.)

For John Lewis & Partners to even consider ditching "Never knowingly undersold" as its slogan is a huge deal, especially as it is close to having operated for a century. 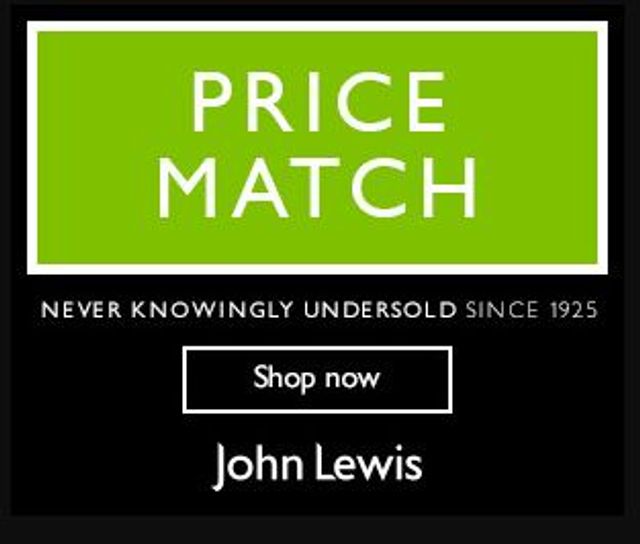 Think your free entry route is compliant? Don’t bet the house on it…
Alex Meloy

Time the universities - and influencers - were taught a lesson about misleading advertising?
Alex Meloy

Could Pret's new coffee subscription model be a wake up call for the high street?
Alex Meloy

ITV competitions: you've got to be in it to win it!
Alex Meloy
Recent posts from Lewis Silkin - Intellectual Property & Brands