The Black Lives Matter campaign has rightfully gained the attention and momentum that it has deserved for so long but in part sadly due to the tragic death of George Floyd on 25 May.

The slogan BLACK LIVES MATTER, #BlackLivesMatter and #BLM were coined in the US around seven years ago and have been used predominantly online and on social media to draw attention to the unjust and disproportionate force, all too often resulting in death, used by police officers against black individuals. More recently these slogans and hashtags have been used to highlight racial injustices and systemic racism and the movement has now gained global following.

The slogan I CAN’T BREATHE has more recently been used by the Black Lives Matter movement since the video emerged of George Floyd repeatedly uttering the phrase as police officer Derek Chauvin knelt on his neck for eight minutes and 46 seconds. A private post-mortem concluded that this compression on his neck and back by Minneapolis police officers resulted in asphyxiation.

But the nature of the tragic and intensely difficult circumstances faced by the black and AME communities in recent weeks did not put some individuals off applying to register them as trade marks.

One such individual is Georgios Demetriou, who applied to register I CAN’T BREATHE and BLACK LIVES MATTER in the UK. Thankfully, these marks have been withdrawn today.

It is important to note that a disclaimer had been applied to each trade mark stating, “This trademark is to be used for charitable work and not for personal gain on the back of recent unfortunate events”.

Demetriou stated that his goal was to: “raise a lot of money and hopefully send kids from poor inner-city and ethnic backgrounds into private education. It's not just parents that are privileged who want to send their kids to private schools, it's many inner-city children who have got talent as well and, perhaps because they're mixing with peers, they won't get that chance. It’s only when these people get well educated and get into better jobs, and perhaps into politics, that we will have a fair, true representation in this country.”

Expressing a desire to exercise control over the way in which these phrases are used, even during protests, Demetriou went on to state:

"I will let other organisations use the terms as long as they pay a royalty to the charity… Once I've got the trademarks, the charity will be run effectively like a business, and we will see who is saying the right things – we don't want people just arranging protests for the sake of it. We want to engineer processes that will generate the right publicity, such as signed petitions and turning up at 10 Downing Street. I want to see things that get direct results rather than a lot of middle class white students going on a protest. I don't want these terms to be a fashionable thing, I want them to be life-changing."

Despite his comments that the marks would be used for charitable purposes, Demetriou’s application for BLACK LIVES MATTER only covered clothing in class 25 and no services relating to charitable activities, fundraising or awareness.

"Trademarks and intellectual property touch every part of modern life. Our decisions are important not just for those submitting the application, but for the wider public and communities they affect. While we have a responsibility to examine the validity of applications like these under trade mark law, the consideration we give them will not be without recognition of current and historical injustices. This is also the reason why the registration process has the ability for 'observations' to be submitted by the public. Should these applications reach that stage in the application process the IPO would welcome observations from the public."

Whilst we welcome the news that Demetriou saw sense and withdrew the applications, it is crucial to examine whether the marks would have been accepted by the UKIPO. The phrase Black Lives Matter is a slogan used to refer to a social movement and does not designate a single undertaking. Also, it is likely the UKIPO would have found it contrary to public policy or to accepted principles of morality and wouldn't have allowed a single entity complete monopoly over the phrase. Likewise, the phrase I CAN’T BREATHE, we hope, would be rejected as being contrary to public morality. 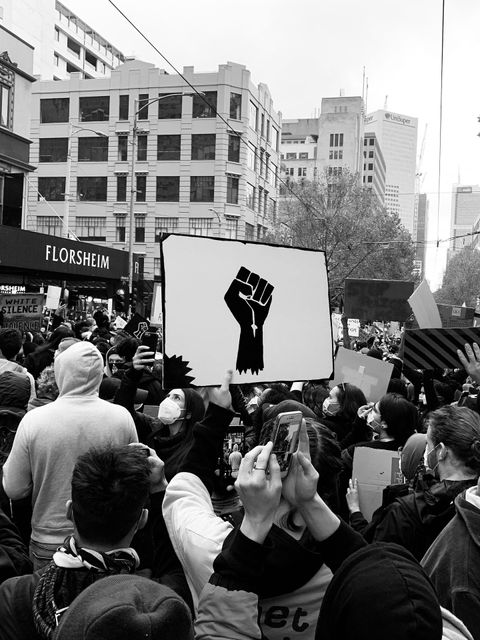