There's quite a lot going on in the news of late... so, in case you haven't been keeping up with this issue, the Competition & Markets Authority (CMA) is actively investigating fake and misleading online reviews.

The CMA's investigation was launched back in June 2019.

Initially, the CMA was particularly concerned with individuals and companies who were offering to sell fake reviews. The service these unscrupulous individuals and companies offered was that, in return for a few hundred or few thousand pounds, they would write multiple fake reviews for any product, on any platform, using various aliases and third parties.  They could even write negative reviews to trash your competitors and their products if you were so inclined.

All of this has the effect of distorting the rankings and star ratings of countless products and services on a range of platforms, and of distorting consumer perception of those products. Among other things, this activity (on the part of the fake reviewer and companies who commission fake reviews) amounts to an offence under the Consumer Protection from Unfair Trading Regulations.

But it was difficult for the authorities to go after the fake reviewers directly, as they have an uncanny ability to vanish into thin air. Therefore, the CMA wrote to Facebook and eBay 'urging' them to conduct an urgent review of their sites to prevent fake and misleading online reviews from being bought and sold via their platforms. Both companies indicated that they would cooperate with the CMA.

The CMA did not allege that Facebook or eBay were intentionally allowing this content to appear on their websites, but the CMA wanted to ensure the platforms were doing everything practical to stamp out this trade in fake reviews via their platforms.

Fast forward to 8 January 2020, in response to the CMA's concerns, Facebook and eBay announced that they had taken action to tackle the trade of fake and misleading reviews on their websites. Namely they had:

The CMA subsequently brought to Facebook’s attention various examples of fake and misleading reviews being offered for sale on Instagram (which Facebook operates), and Facebook committed to investigate.

Fast forward again to 22 May 2020, and the CMA has now secured similar commitments from Instagram to tackle the trade in fake and misleading reviews through their platform.

More interestingly, on 22 May 2020 the CMA also announced that it has now started the next phase of its activity in tackling misleading online reviews.

Phase 2: The CMA is now actively investigating the websites and platforms where the potentially misleading reviews actually appear.

The CMA intends to investigate and seek assurances that those websites are taking “sufficient measures to protect consumers from fake and misleading reviews”.

In particular, the CMA says it will examine how these websites currently detect, investigate and respond to fake and misleading reviews.

The CMA states that it will look into certain specific activities and practices, such as:

So websites and online platforms which publish consumer reviews will need to ensure they are take appropriate measures to guard against fake and misleading reviews, to remove them from their site and discount them from their rankings.

Facebook's initial response to the CMA contained their definition of ‘Fake and Misleading Online Reviews’, which we are sharing here simply for interest:

• other incentivised reviews for which the consumer has received (or will receive) payment, reward or other similar inducement on condition that they leave a review on a Review Site which may lead to consumers being misled (for example, by the effect on a product, service or business’s overall or aggregate rating on the Review Site). For the avoidance of doubt, this definition does not include reviews by technical experts or endorsements by online influencers which will be clearly labelled and identifiable as paid-for content.

This is the definition adopted by Facebook for these purposes. It is not a definitive definition for all purposes, but we thought it useful to share nonetheless.

Most of us read online reviews to help decide which products or services to buy. During lockdown, we’re more dependent than ever on online shopping, so it’s really important that the online reviews we read are genuine opinions. If someone is persuaded to buy something after reading a fake or misleading review, they could end up wasting their money on a product or service that wasn’t what they wanted. Our investigation will examine whether several major websites are doing enough to crack down on fake reviews. And we will not hesitate to take further action if we find evidence that they aren’t doing what’s required under the law. - Andrea Coscelli, Chief Executive of the CMA 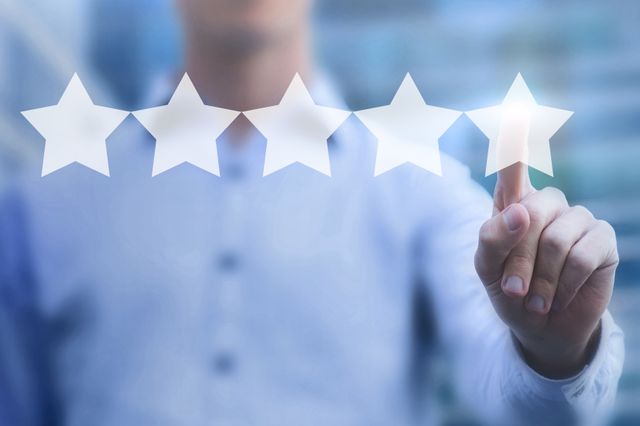