In an important Supreme Court ruling (the Cartier v BT case), the Supreme Court unanimously ruled that ISPs should NOT be responsible for the costs of implementing blocking injunctions issued against those same ISPs.

This overturned previous decisions by the High Court and Court of Appeal, which had held that such costs should be borne by the ISP.

In this final chapter of the saga, the Supreme Court decided:

"It has sometimes been suggested that because ISPs benefit financially from the volume and appeal of the content available on the internet, including content which infringes intellectual property rights, it is fair to make them contribute to the cost of enforcement. That assumes a degree of responsibility on the part of the intermediary which does not correspond to any legal standard. The law is not generally concerned with moral or commercial responsibilities except as an arguable basis for legal ones.

"Even if a moral or commercial responsibility were relevant, it would be hard to discern one in a case like this. Website-blocking injunctions are sought by rights-holders in their own commercial interest. There is no reason why the rights-holder should be entitled to look for a contribution to the cost of defending his rights from anyone other than the infringers.

"It follows that in principle the rights-holders should indemnify the ISPs for the compliance costs, subject to the limits on relief set by EU law. There is no reason to believe that such an indemnity, which must be limited to reasonable costs, would exceed those limits.

"The costs are not excessive, disproportionate or such as to impair the respondents’ ability to enforce their rights."

This is a case regarding trade mark infringement but there seems no reason why the ruling would not also transfer across to copyright-based injunctions.

However, the Court did make clear that this was a case relating to wholly innocent ISPs acting as "mere conduits" - the considerations are likely to be different in caching or hosting scenarios where the ISPs might have played more of a role in the infringement.

The Supreme Court Press Summary can be found here: https://www.supremecourt.uk/cases/docs/uksc-2016-0159-press-summary.pdf

The full judgement can be found here: https://www.supremecourt.uk/cases/docs/uksc-2016-0159-judgment.pdf

Overturning the decisions at first instance and on appeal, ...the UK Supreme Court has ruled that the ISPs (internet access providers) do NOT have to bear the costs of implementation of the injunction (in this case, a blocking injunction) issued against them pursuant to section 37(1) of the Senior Courts Act 1981 (SCA), requiring them to block access to a number of websites making available for sale goods infringing trade mark rights. The Court of Appeal confirmed that the High Court (Arnold) J "was entitled to require the ISPs to bear the costs of the implementation [while the costs of application should be borne by the rightholders] of the orders in issue." 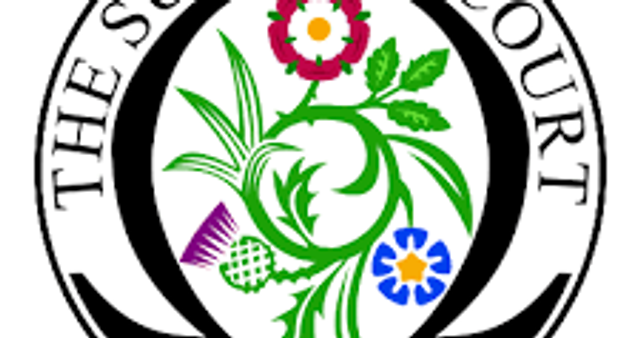 BREAKING: UK Supreme Court rules that ISPs do NOT have to pay implementation costs in… https://t.co/vyDZoptxUM

Today's Cartier judgment: key question is now how far it goes - will it prompt a change also in copyright website blocking? https://t.co/1GkYAmRMhl

Swearing: maybe it CAN be big and clever!
Geraint Lloyd-Taylor